Well, with the conclusion of the work day Monday, I have officially completed my first week in site as a Peace Corps Volunteer! So what did I accomplish? Well, lots of random things, to be honest. This past week (July 26th-August 1) was Fiestas Patrias, a celebration of Perú’s independence, which meant that the schools were out for winter vacation, events were going on everywhere, and the municipality and many other offices were closed. So, I hung out with my amazing host-family and did a bunch of cool stuff, and did eventually find my way to the municipality office. Some memories of the week: 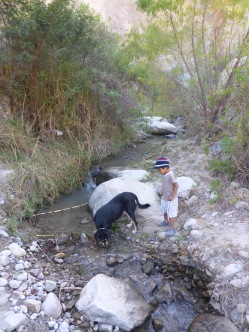 My host brother, Junior, with our pregnant dog, Negra. 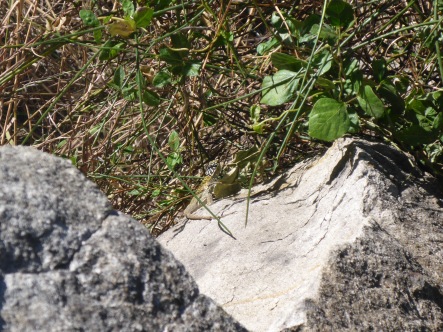 A lizard I found in our chacra. I will be catching some eventually. 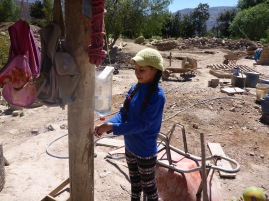 A Tippy-Tap I made with my host-sister Cielo. Basically a make-shift handwashing device I learned how to make from some WASH volunteers. 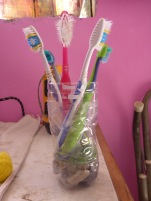 A tooth brush holder we made out of a plastic bottle.

Our attempt at a vertical garden from plastic bottles. So far the seeds have not sprouted, but we can always try again! 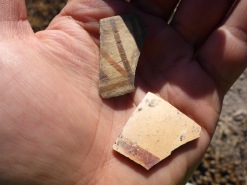 Pottery shards my host-dad picked up and showed me. There are supposedly Pre-Incan, and I did NOT take them with me.

The view from the ruins. Quite a beautiful panorama.

In contrast to week 1, week 2 was incredibly busy, with me going to the municipality to work every day.  Overall though, life is going well here in Caraz.

The content of this website is mine alone and does not necessarily reflect the views of the U.S. Government, the Peace Corps, the Peruvian Government or Penn State.